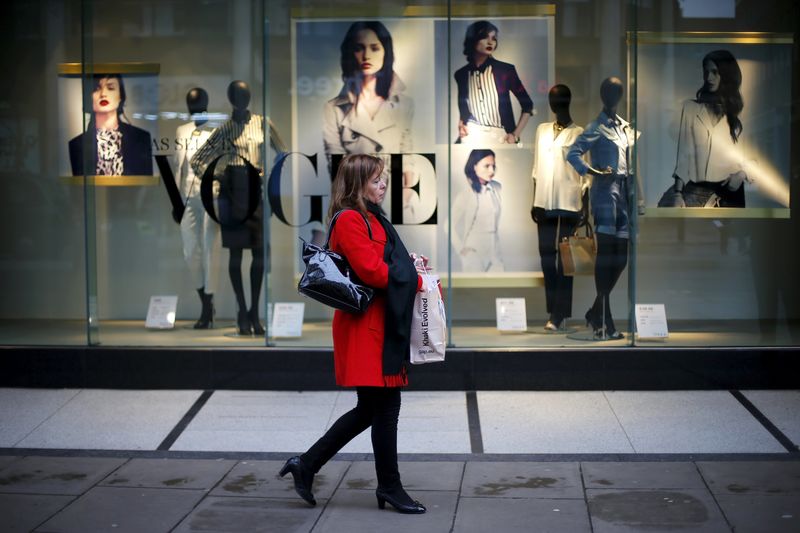 Investing.com — U.K. consumer confidence sank to a new all-time low this month as the country’s cost-of-living crisis took an ever-tighter grip on the public mood.

Market research firm GfK said is now at a lower ebb than during the 2008 financial crisis or at the depths of the pandemic two years ago, despite the fact that is at a 50-year low, due to galloping .

Bank of England Governor Andrew Bailey told parliament this week that there was little it could do to stop inflation peaking at over 10% later this year, citing the surge in global prices for energy and food.

“Nothing on the economic horizon shows a reason for optimism any time soon,” said GfK client strategy director Joe Straton.

However, the pound edged higher in early trading in London, after official data showed a surprising bounce in in April. Both overall and rose 1.4% on the month, in contrast to expectations for a further 0.2% decline. The Office for National Statistics noted, however, that on a three-month/three-month comparison, sales were still down 0.3%, extending a decline that started last summer.

The ONS said that the rise was chiefly the result of higher spending on alcohol and tobacco in supermarkets, while stronger clothing sales lifted overall online sales by 3.7%. While much about consumer spending has reverted to its pre-pandemic pattern, the ONS noted that the shift to online shopping remained intact. Online sales now account for over 27% of the total, well above their pre-pandemic level of 19.9%.